It was a sad night for Sluggers on Monday when we received our first lost of the season. It wasn’t due to poor playing though. It was the most exciting game for fielding so far.

The first hit from Dexter Dazzlers was a pop fly to left field, but it was our birdy who flew to the rescue and caught it.

She proudly earned her green ring on her glove. For those individuals who don’t know what we mean by that. Each time a Slugger catches a pop fly for an out, Coach Tommy places a ring of duck tape around one of the fingers on their glove. This way everyone knows how great they are at catching the pop flies hit. Be afraid, be very afraid.

After Julia’s great catch, another hit went out to center field. Kiara had a completely awesome diving catch to place that batter out. 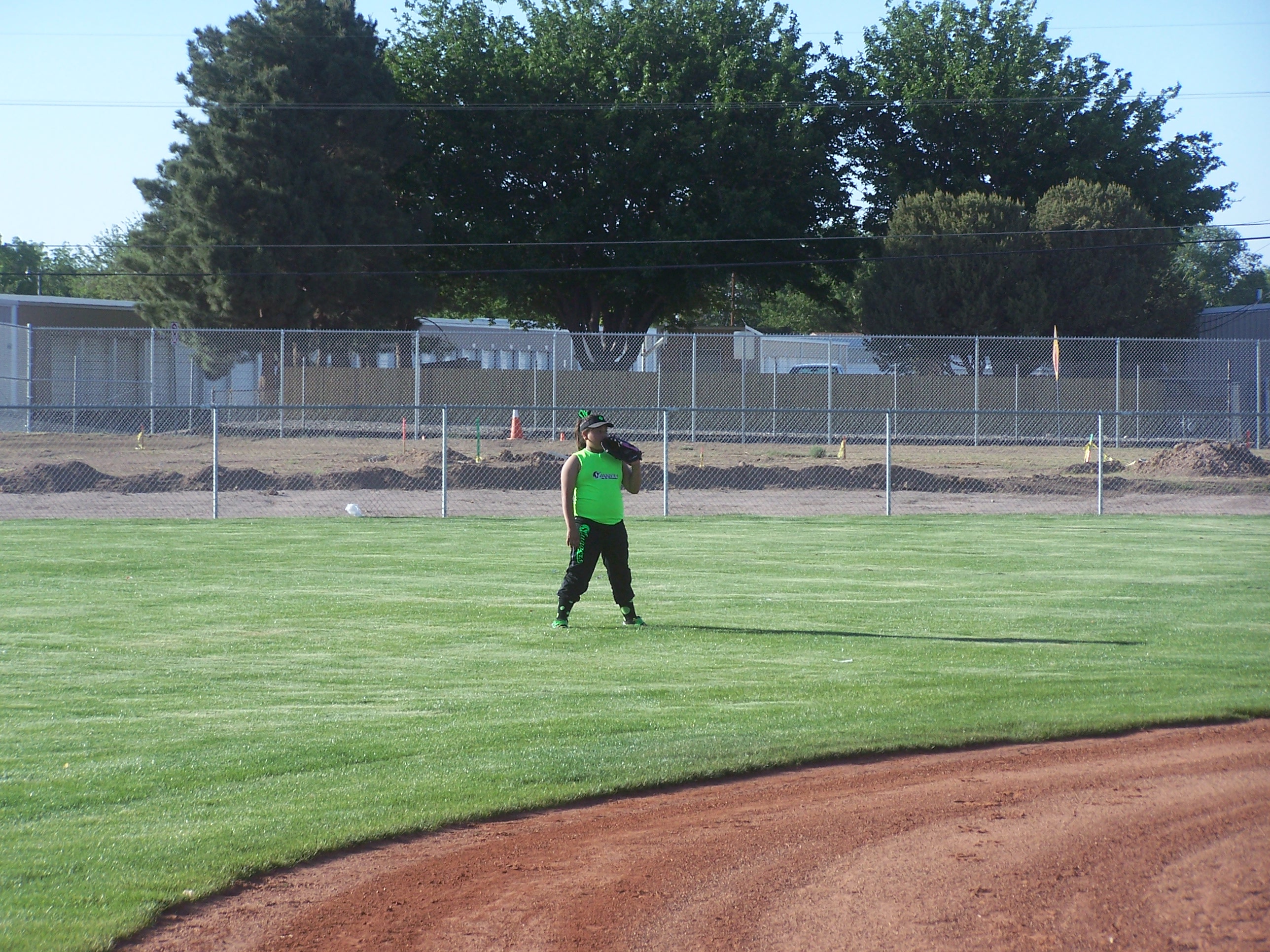 Unfortunately when she landed and rolled the ball fell out of her glove, but Kiara was quick to threw the ball in to Terri, and Terri then to Sonny to tag the runner out on third. Great job everyone!

Fielding was top notch on Monday night.  The girls in green gave some exiting running catches and Sonny on third base even had an unassisted double play which turned into a triple with a throw to Champ at first,

but our Slugger power at the plate was lacking. We unfortunately faced eleven strike outs that night. The Sluggers did have some good hits but overall just weren’t feeling it at the plate. 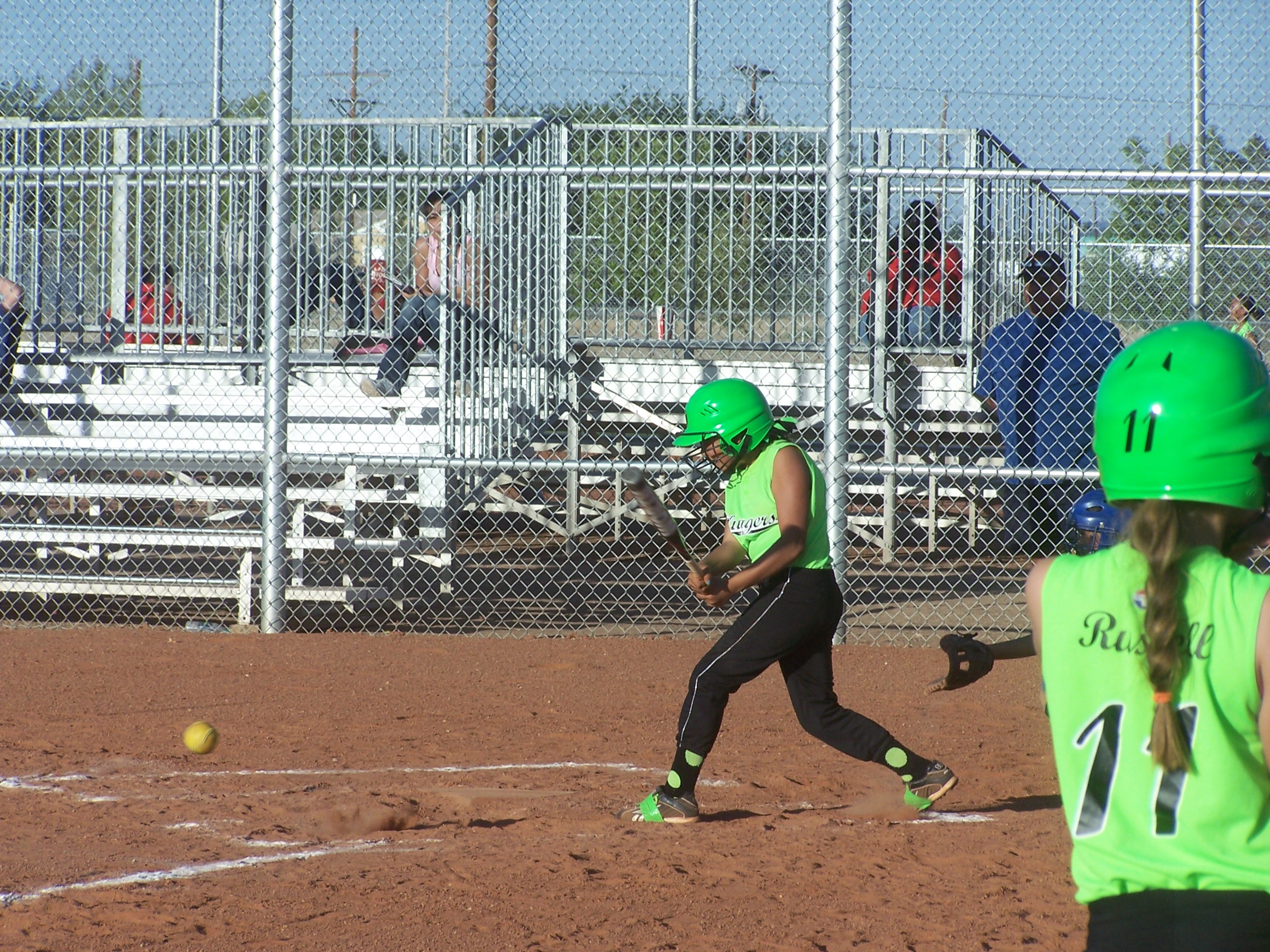 Despite the amount of ugly comments that were made to our pitcher Jordan from a parent behind the back stop of Dexter Dazzlers, she still managed to strike out six of their girls on a sore shoulder. 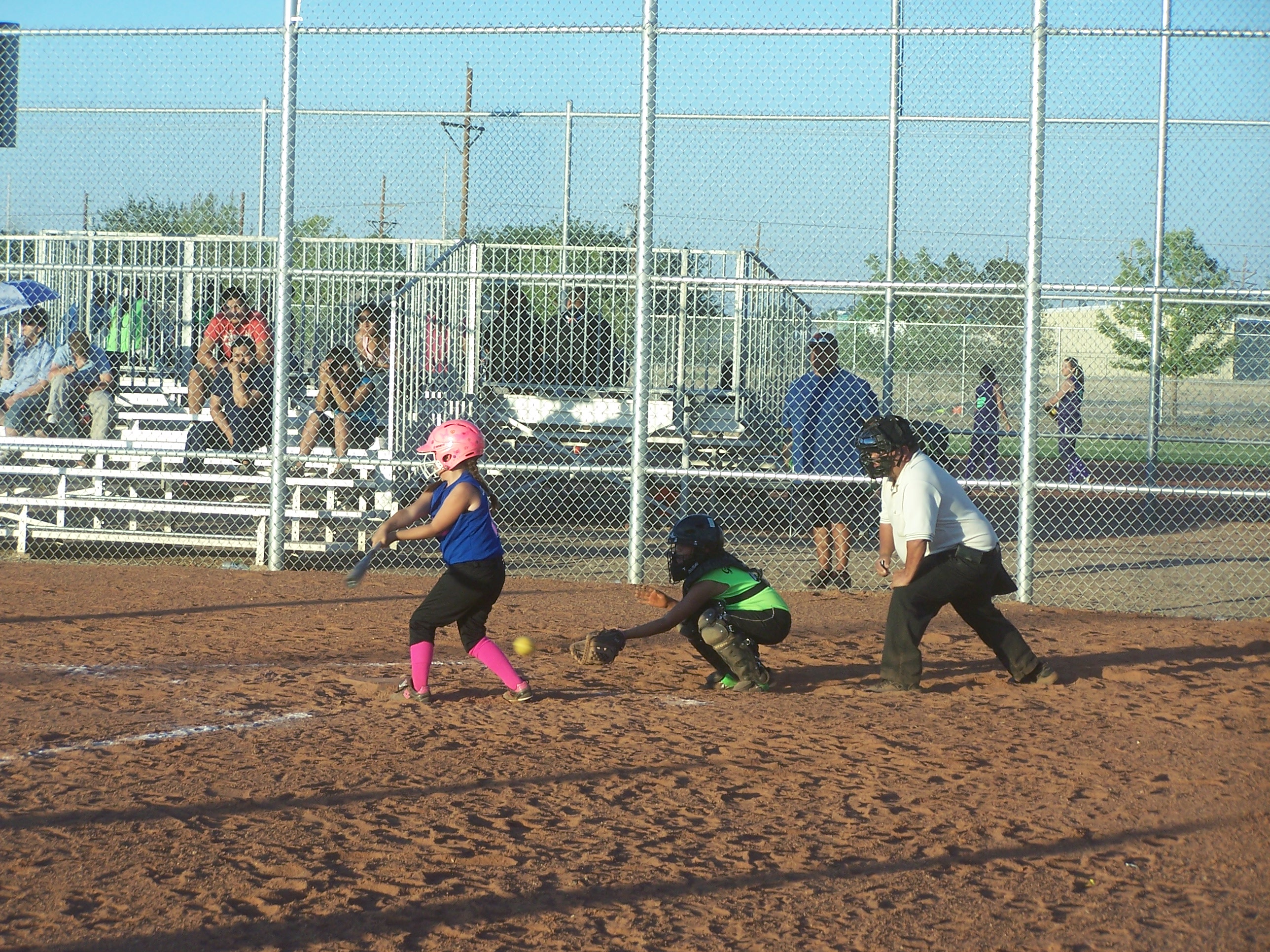 All in all, a game like Monday was an exciting game. 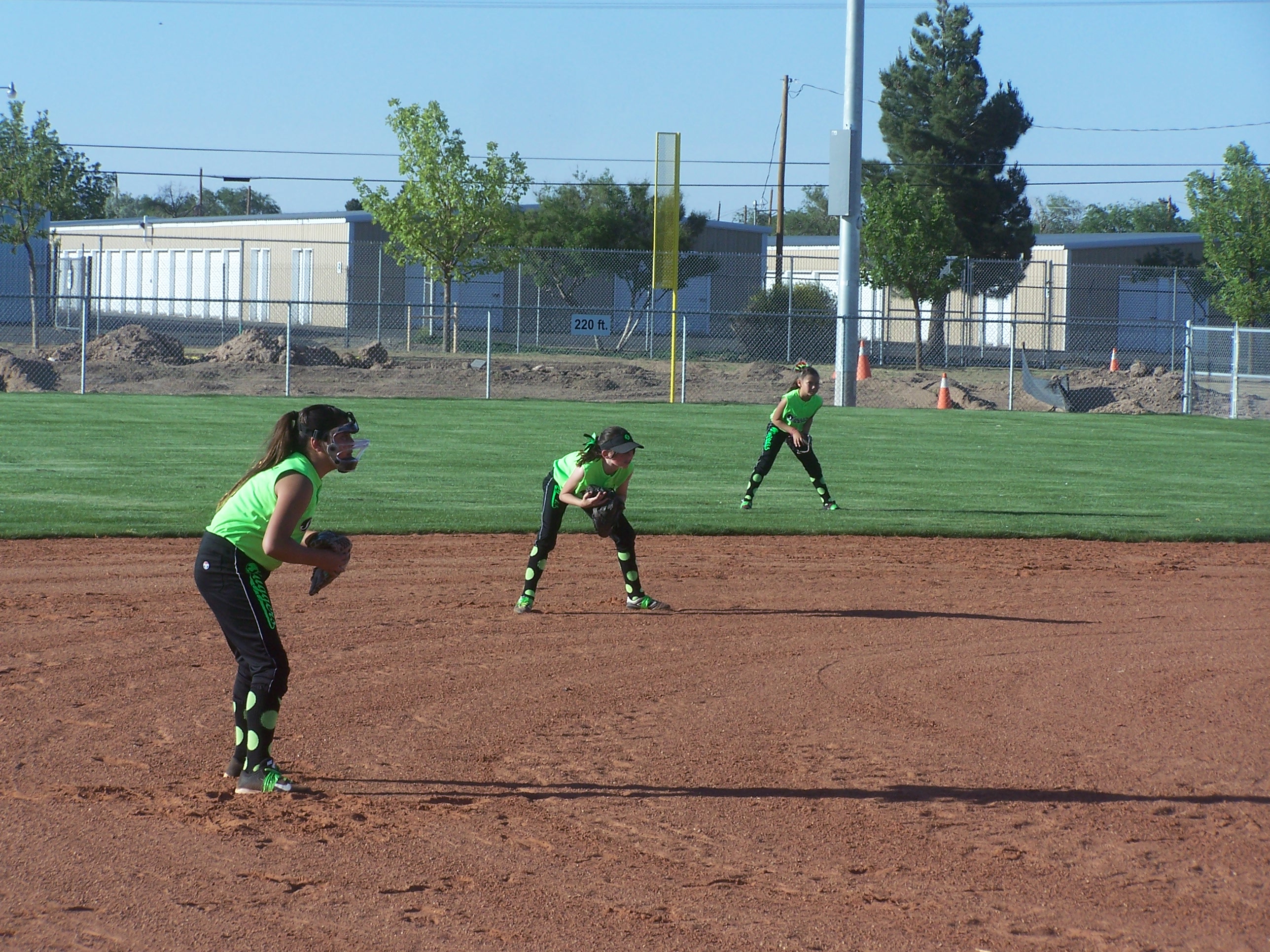 They played well, and some amazing things happened. It seemed to be a big point difference, however the Sluggers did not get their last at bat as home team due to time being up.

As a coach and a parent, let me stress my frustration when we end an inning half way into it. Allow us to finish the inning despite the hour and fifteen minutes allotted. And as an FYI according to the USSSA rule book, it states that the minimum time to be played is one hour and thirty minutes. AHHHHH!!!!

Even with a loss of 3-10 the Sluggers did an amazing job in field and have nothing to be ashamed of.  The sting of a loss is not fun but a game like this is guaranteed to make our girls better players.