The Sluggers ninth game of the season went well on Tuesday.  Jello started off a little wild in the circle but warmed up quickly and with the help of Tank behind the plate the Sluggers were up to bat in no time. 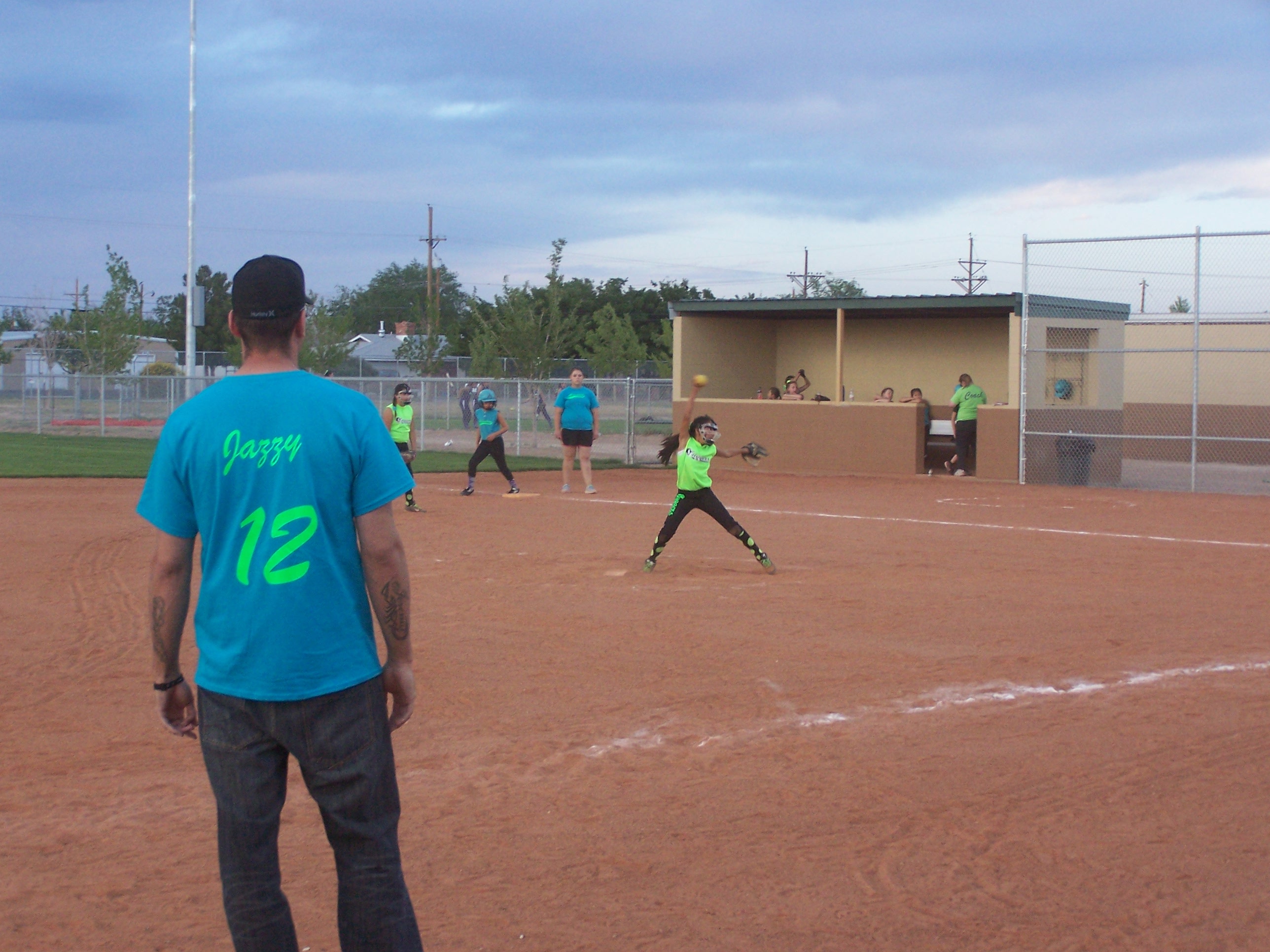 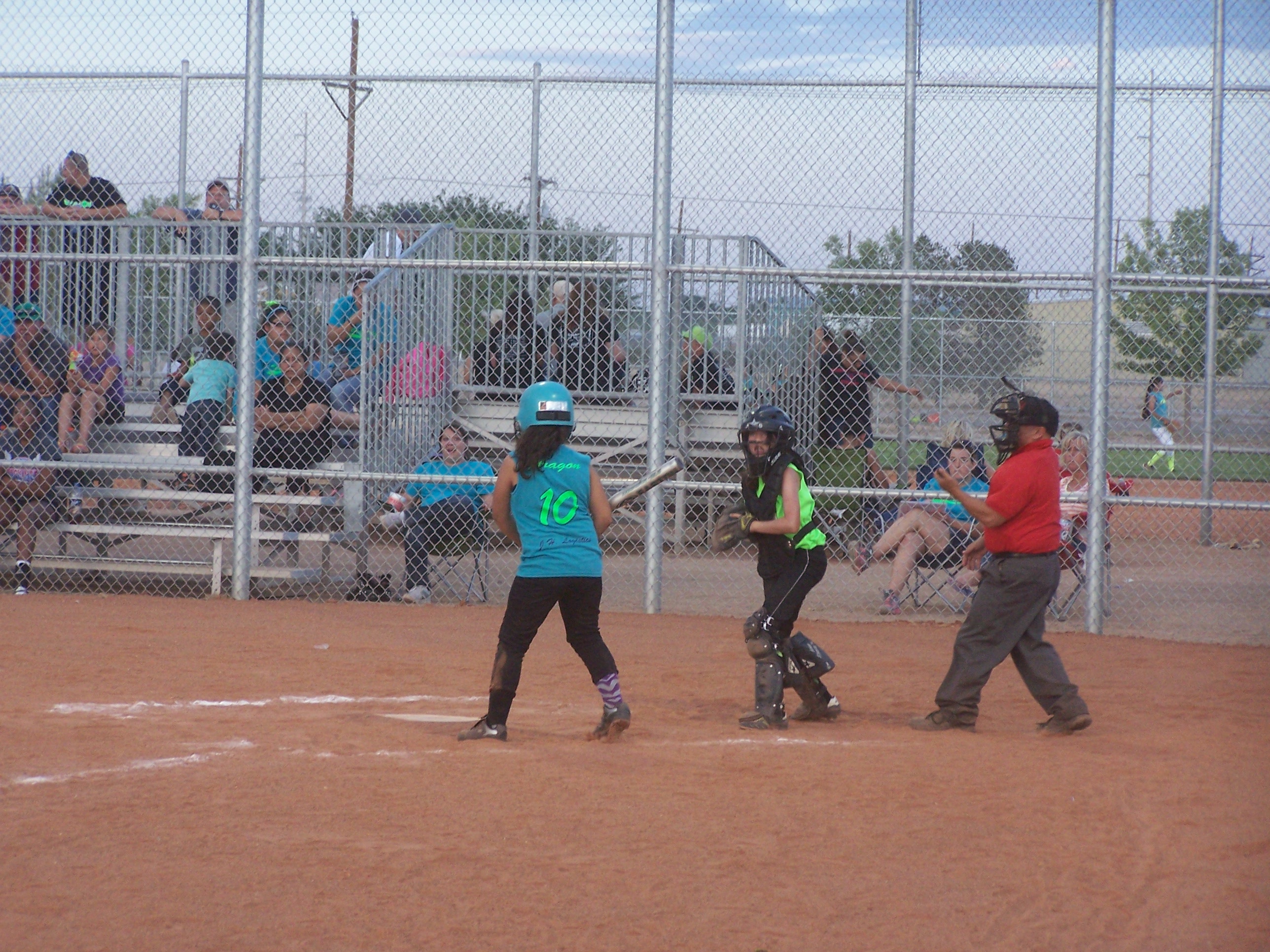 Once at bat the Sluggers did what Sluggers do.  They hit, they stole, they rocked! 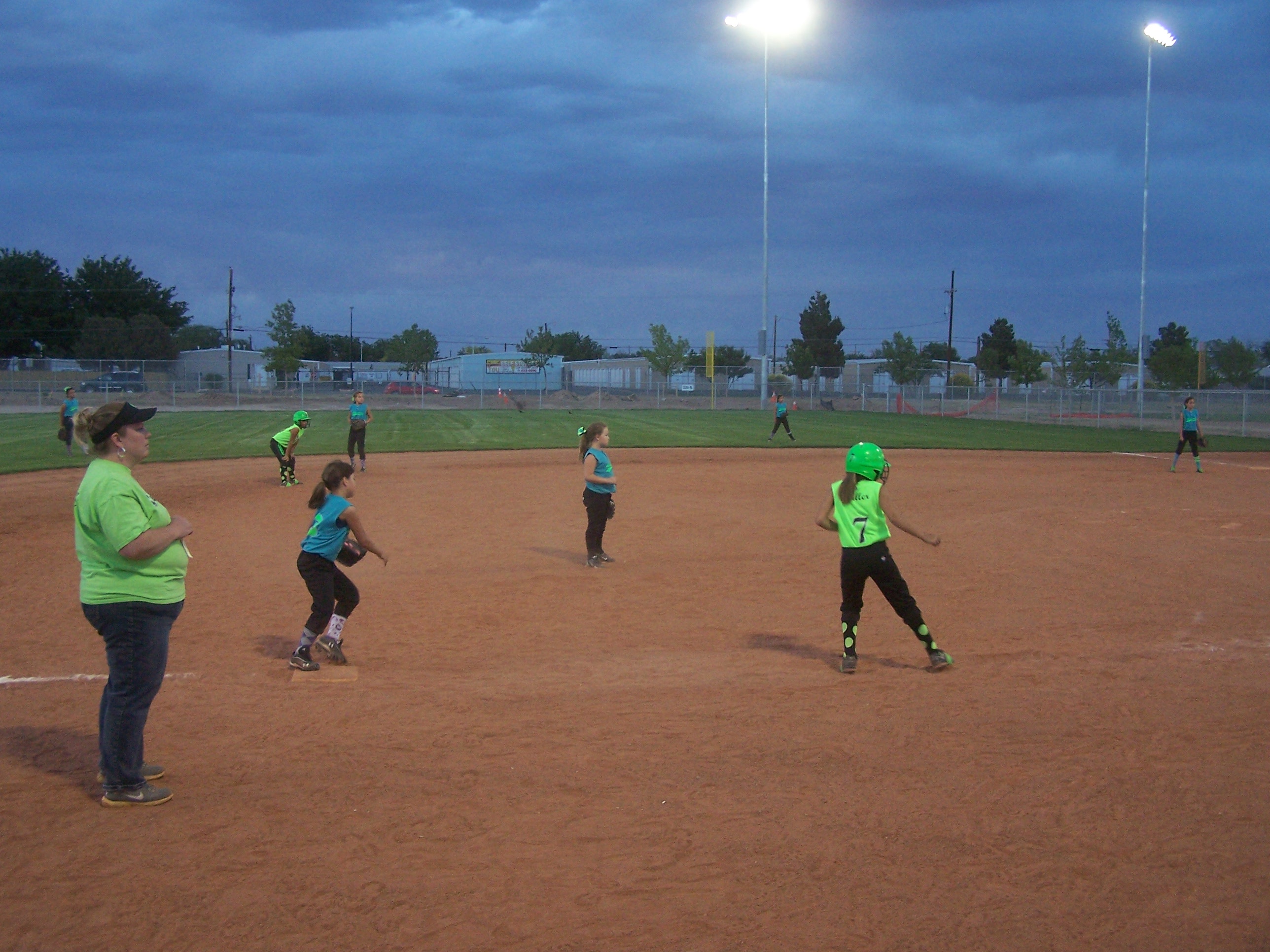 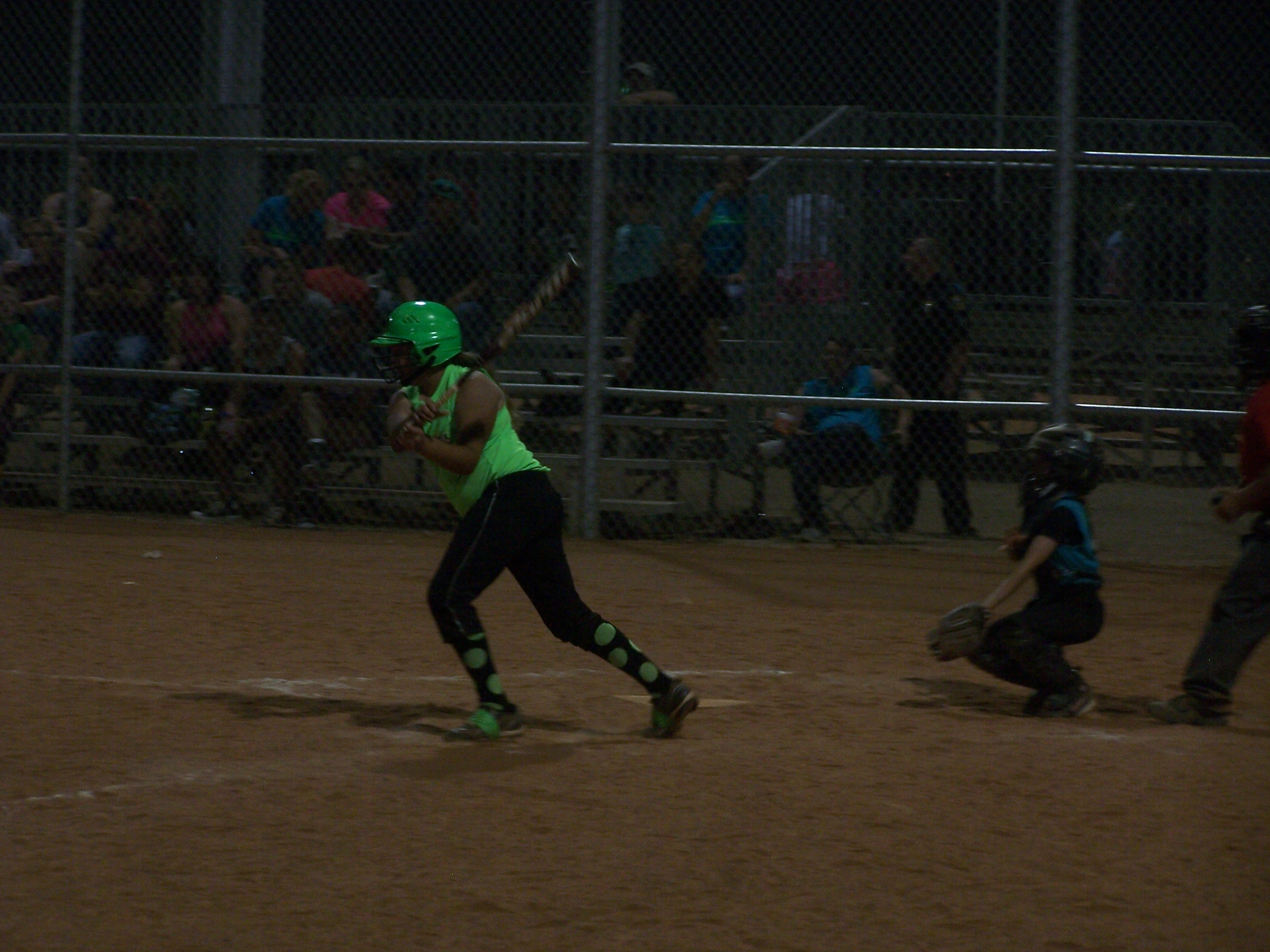 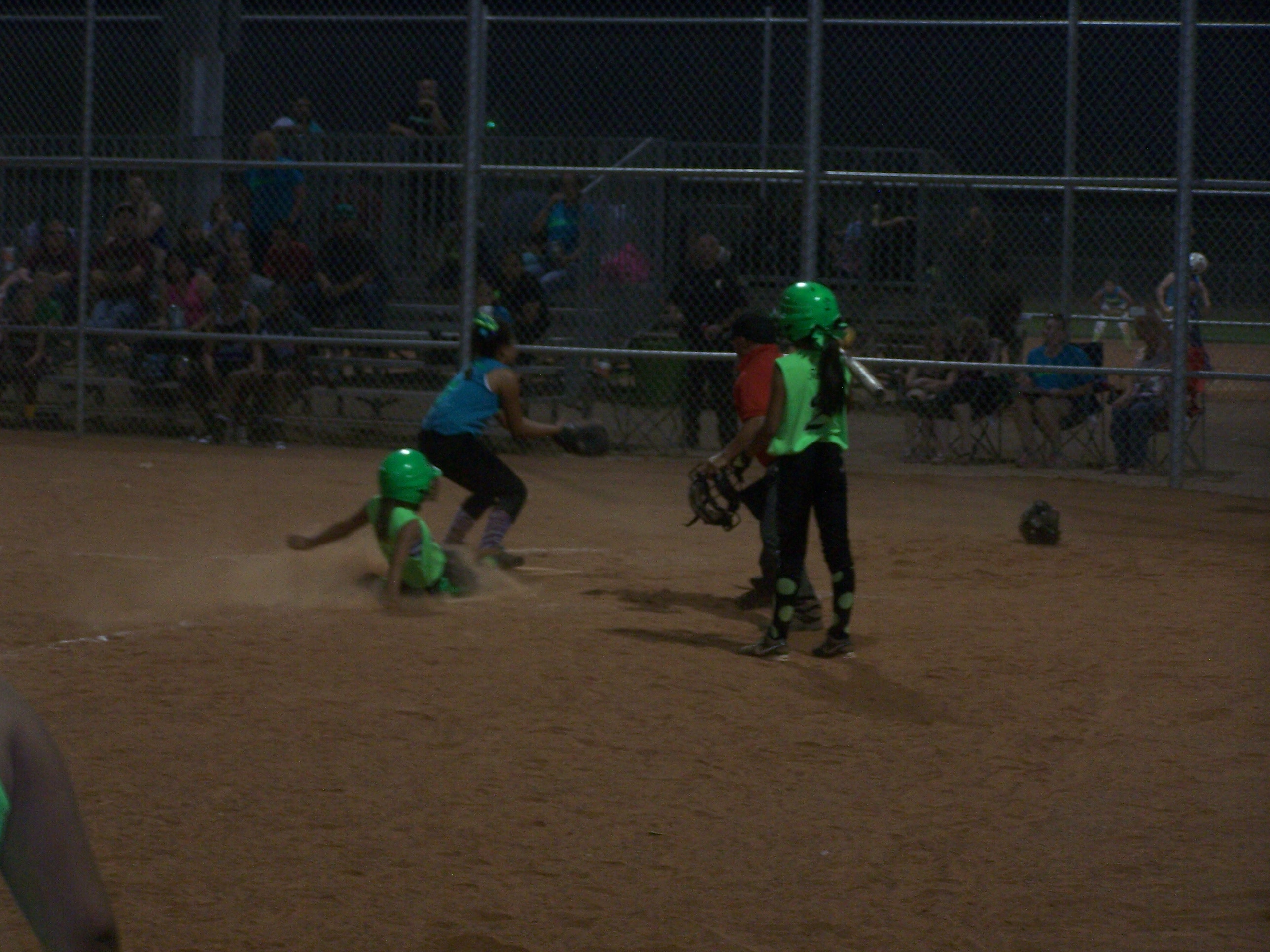 The game wasn’t entirely one sided.  The Alienators did pretty good against the lean green slugging machine but you have to remember this is the Sluggers second year in the 10U age division.  One year doesn’t sound like much of a difference but standing a Slugger next to an Alienator gives you an idea of the disparity.

This is Hope(the Ninja) standing next to the Alienators’ third base. 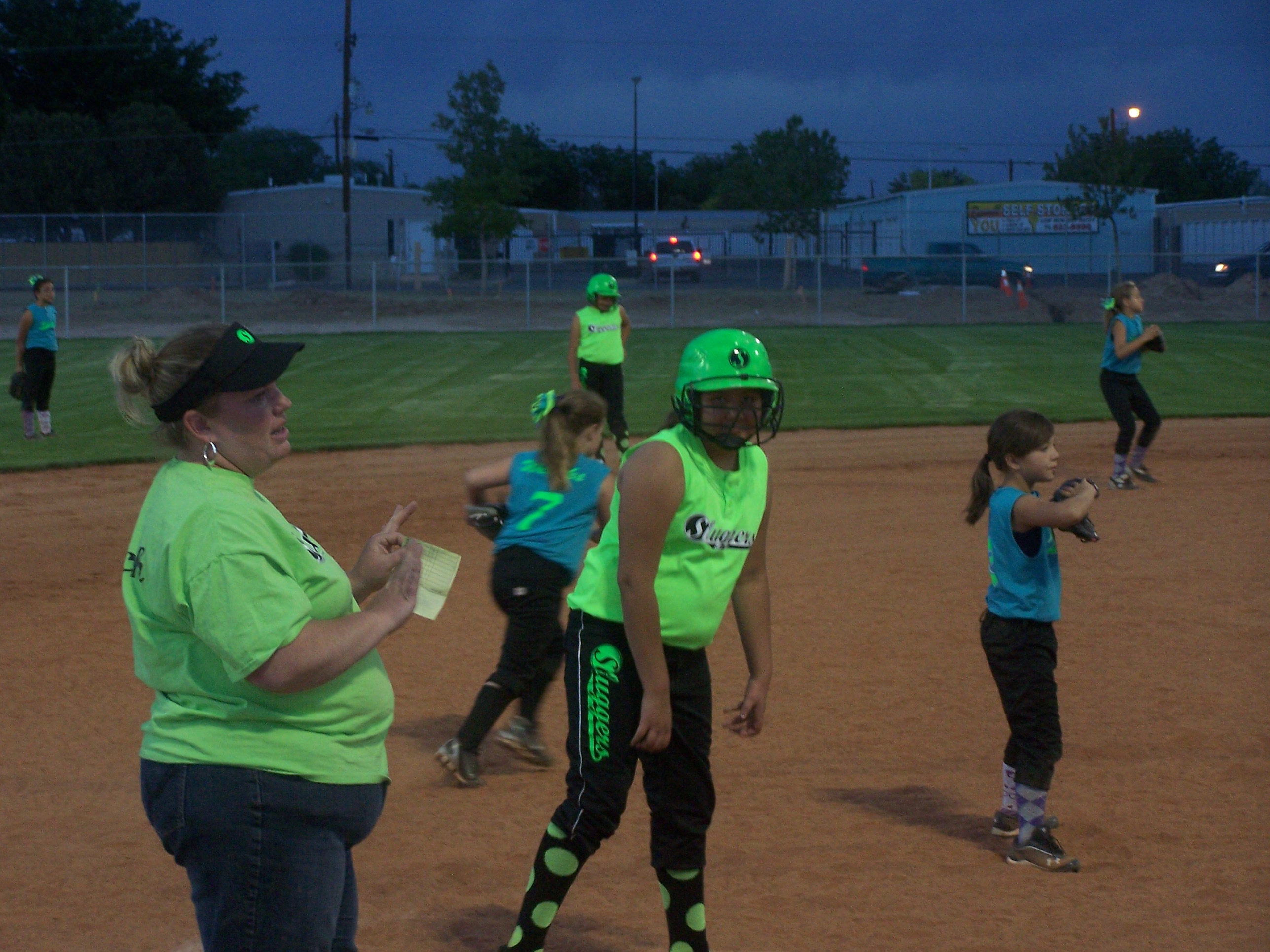 Now the Ninja is one of the taller Sluggers but you have to admit, that’s a small Alienator.  The Sluggers had the same problem last year when they were the short ones on the field.  With that said, the Alienators showed a lot of spunk and had no problem snagging a few bases when the green girls weren’t looking. 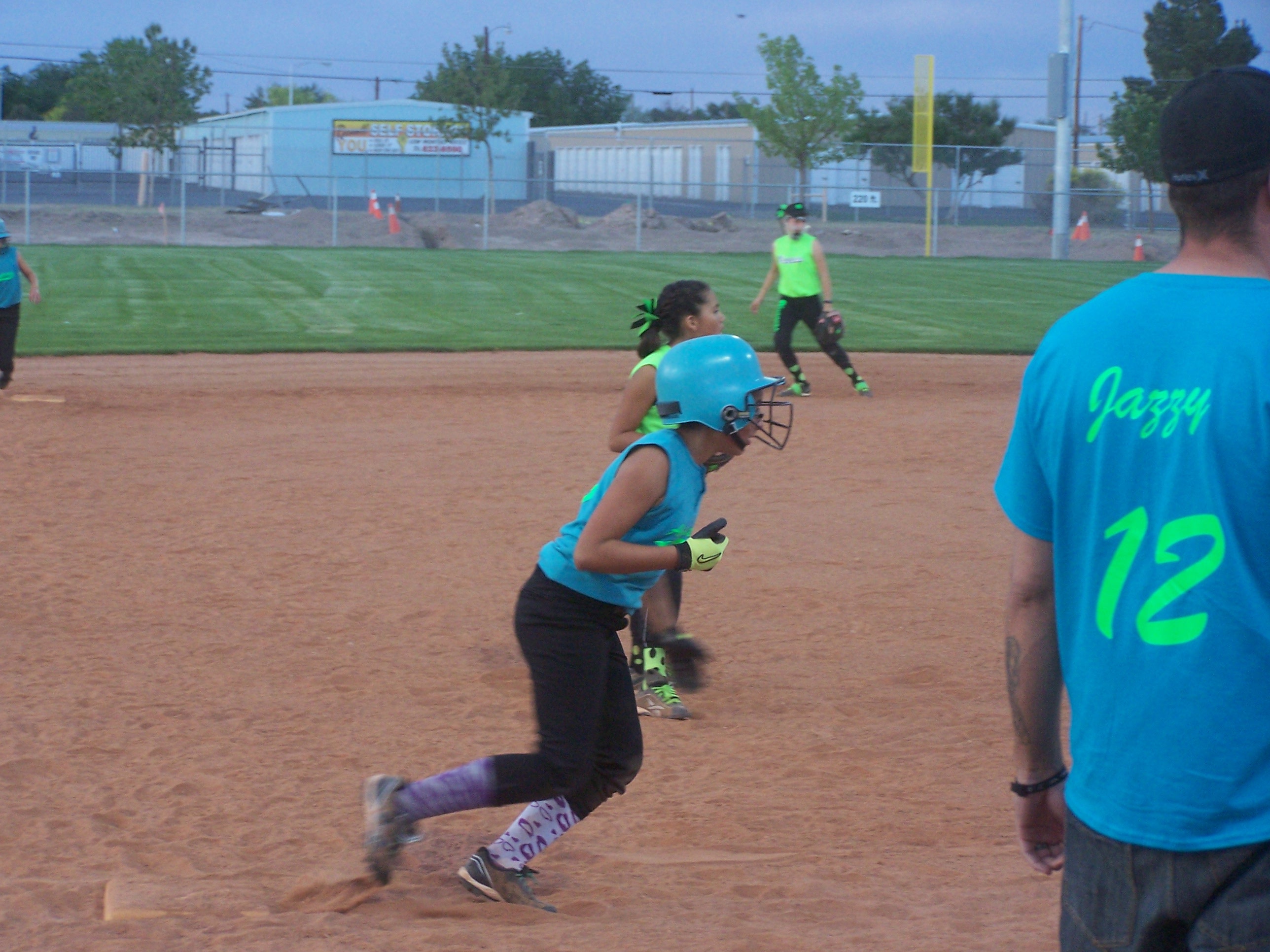 They were also able to make a few solid plays and catch more than a couple of sleepy Sluggers by surprise. 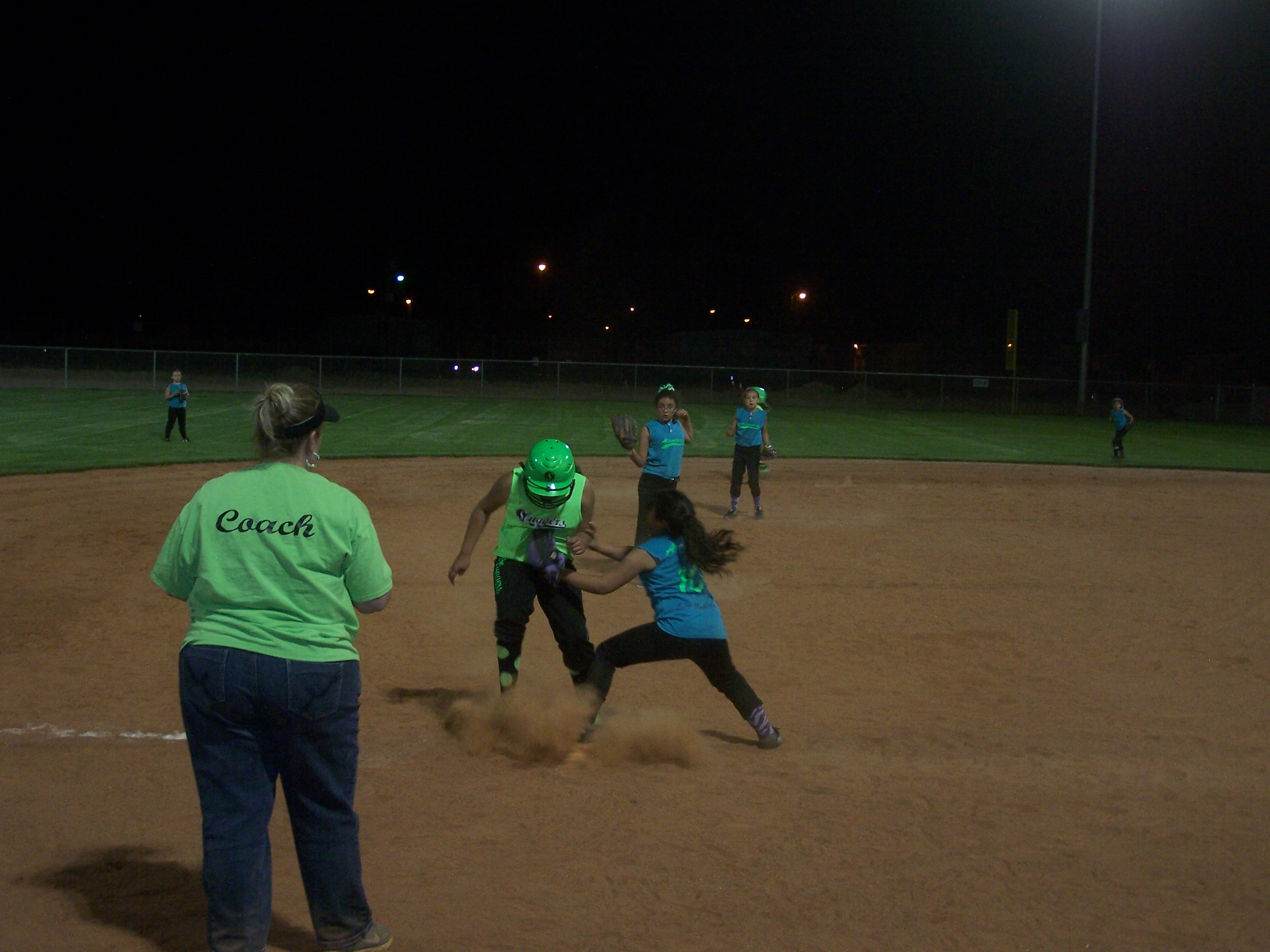 It won’t be long before the Alienators are as awesome as the Sluggers.

I just don’t know if the will have this kind of “Fire Power”. 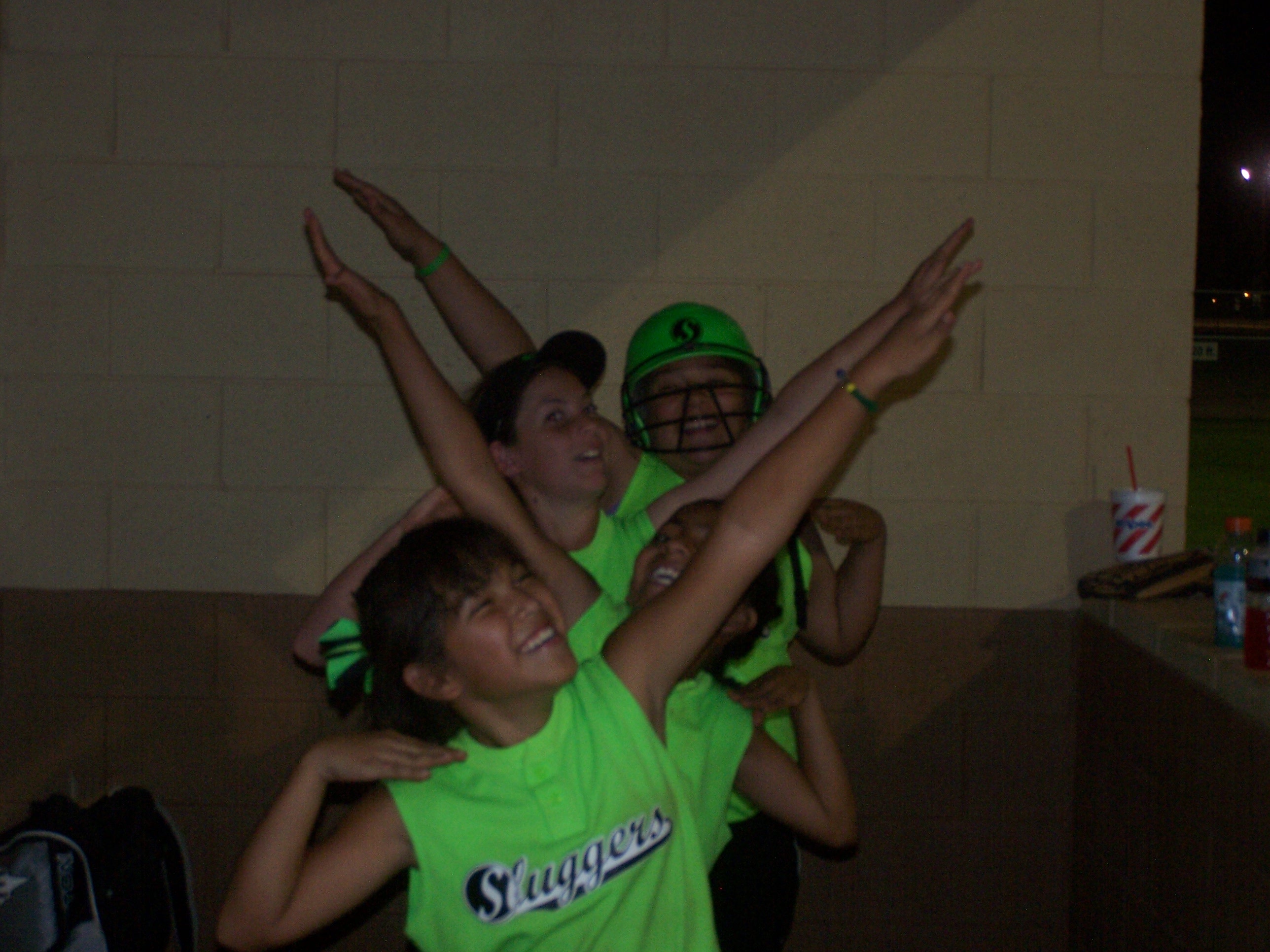 Even though the Sluggers were a bit distracted in the dugout and a bit “sluggish” in the field (no pun intended).  Our lime ladies still won with a final score of 14-3.

The Sluggers were so happy with their win they decided to have a little victory dance after the game.

You can see all of the photos of the game by clicking on any of the images in this post to be magically whisked away to our Slugger Cloud.