Posted on May 8, 2013 by sluggerssoftball

Tuesday night’s game against Extreme Dynamite nearly ended the Sluggers winning streak.  Starting off, we had one Slugger call in sick so she wasn’t going to make it.  Then we had one come in with an strained finger and couldn’t hold a bat much less put on a glove, and during warm-up, it was easy to see that the girls were not focused at all.  The girls weren’t acting like Sluggers, they were acting like – Slugs. 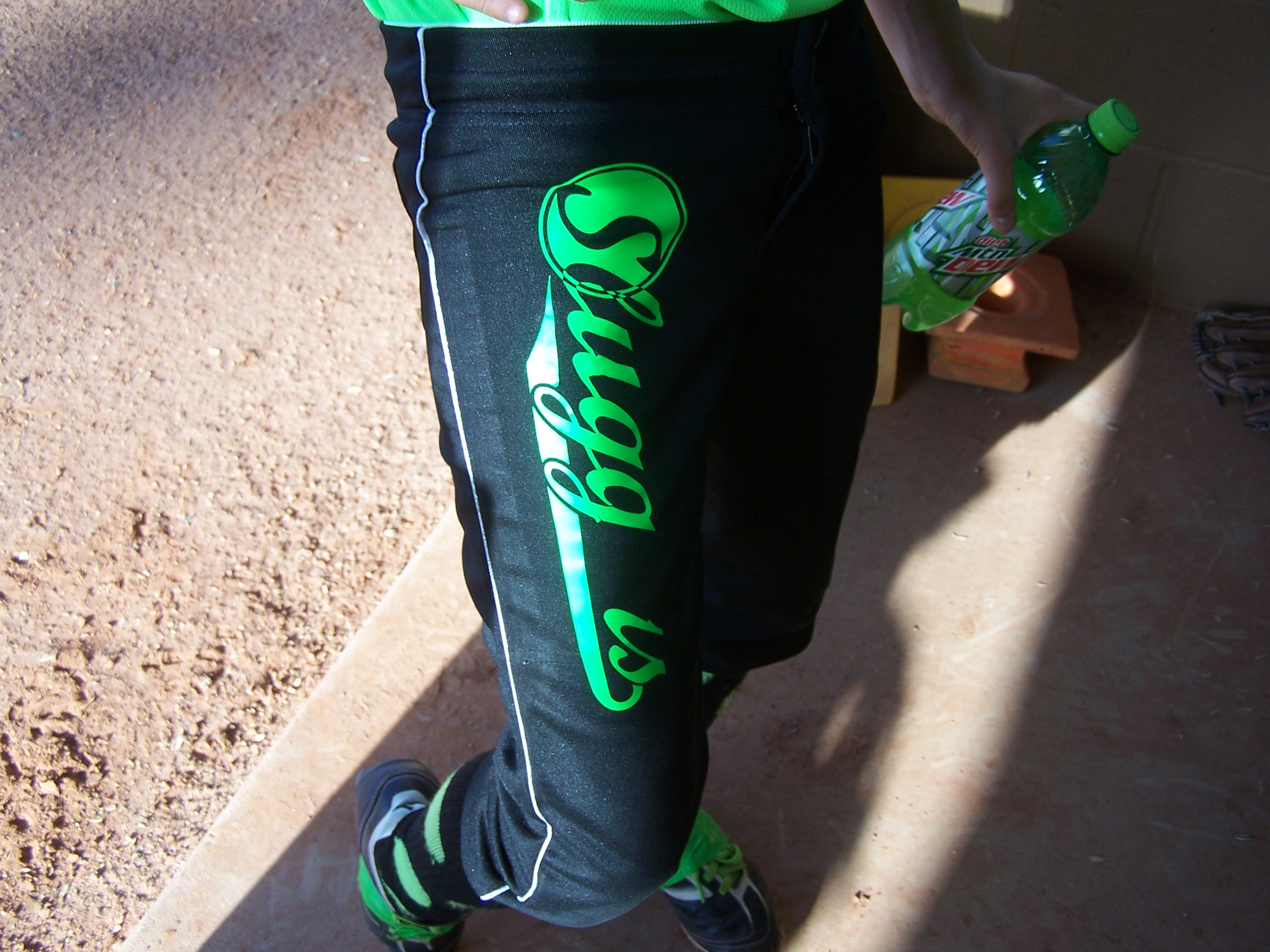 X.D. has been doing very well this season and we knew they weren’t going to take it easy on us. 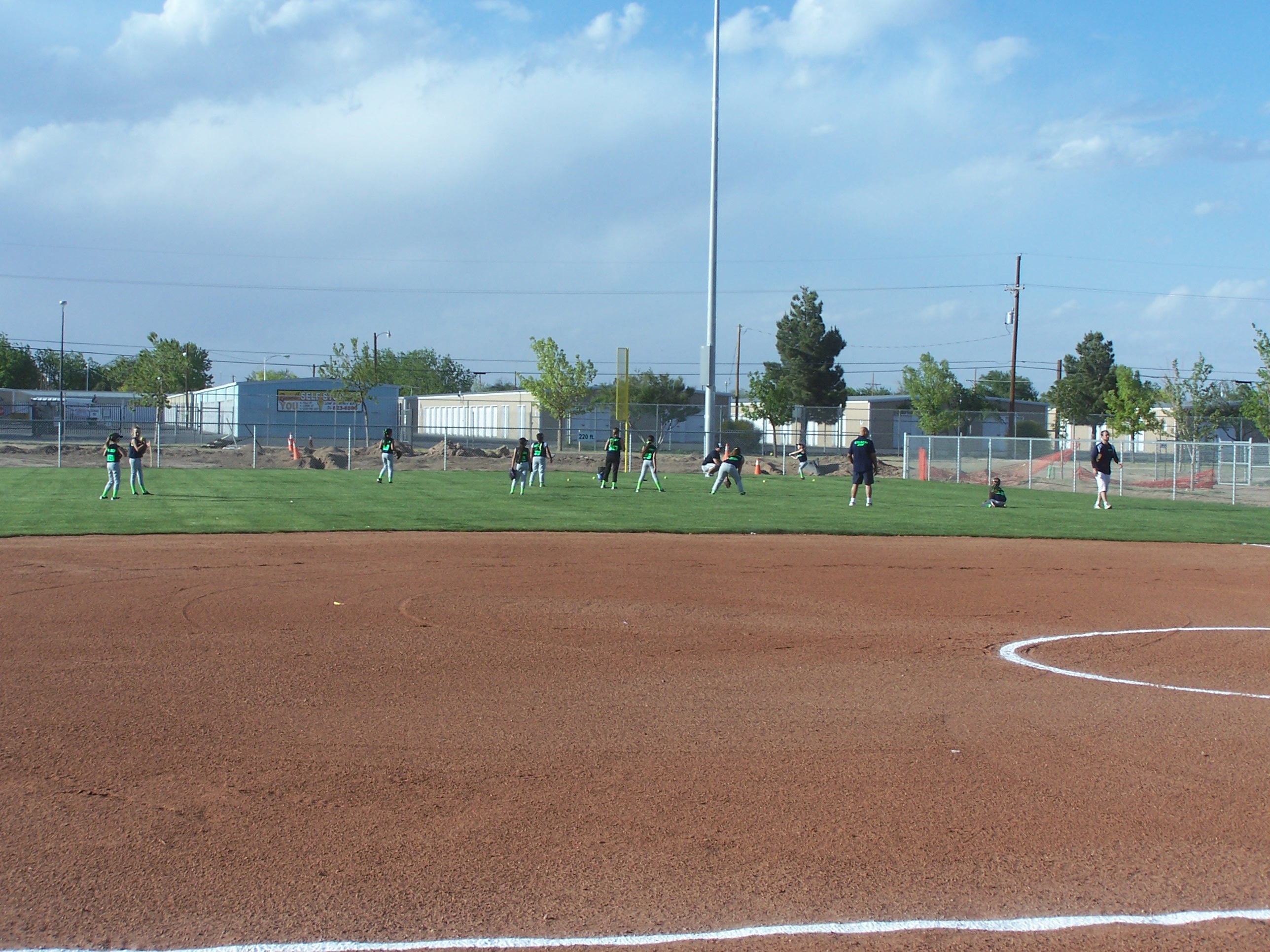 It was not going to be a smooth game. – Check-out how mean that coach looks. 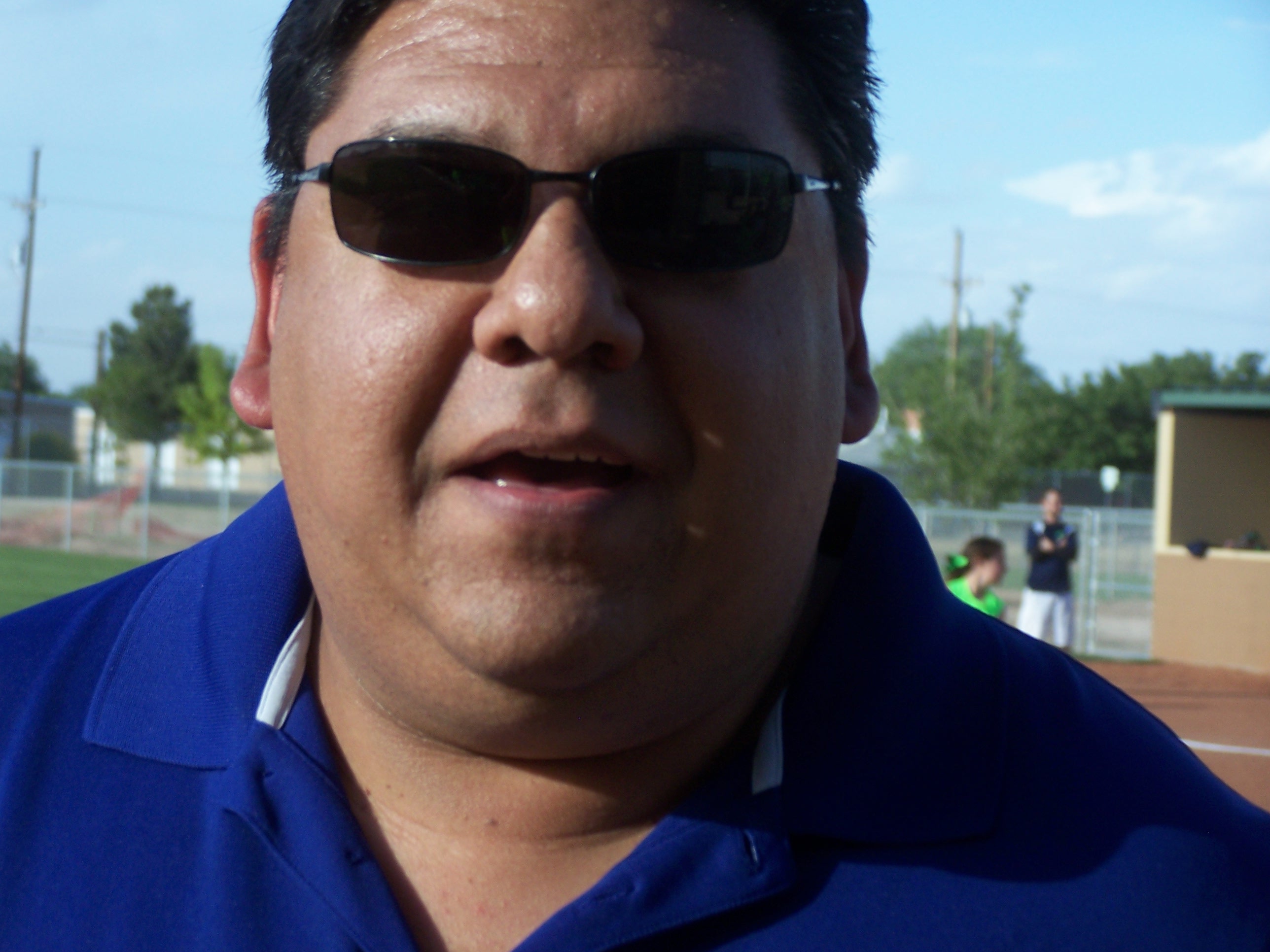 Before the game started the girls needed some focusing. 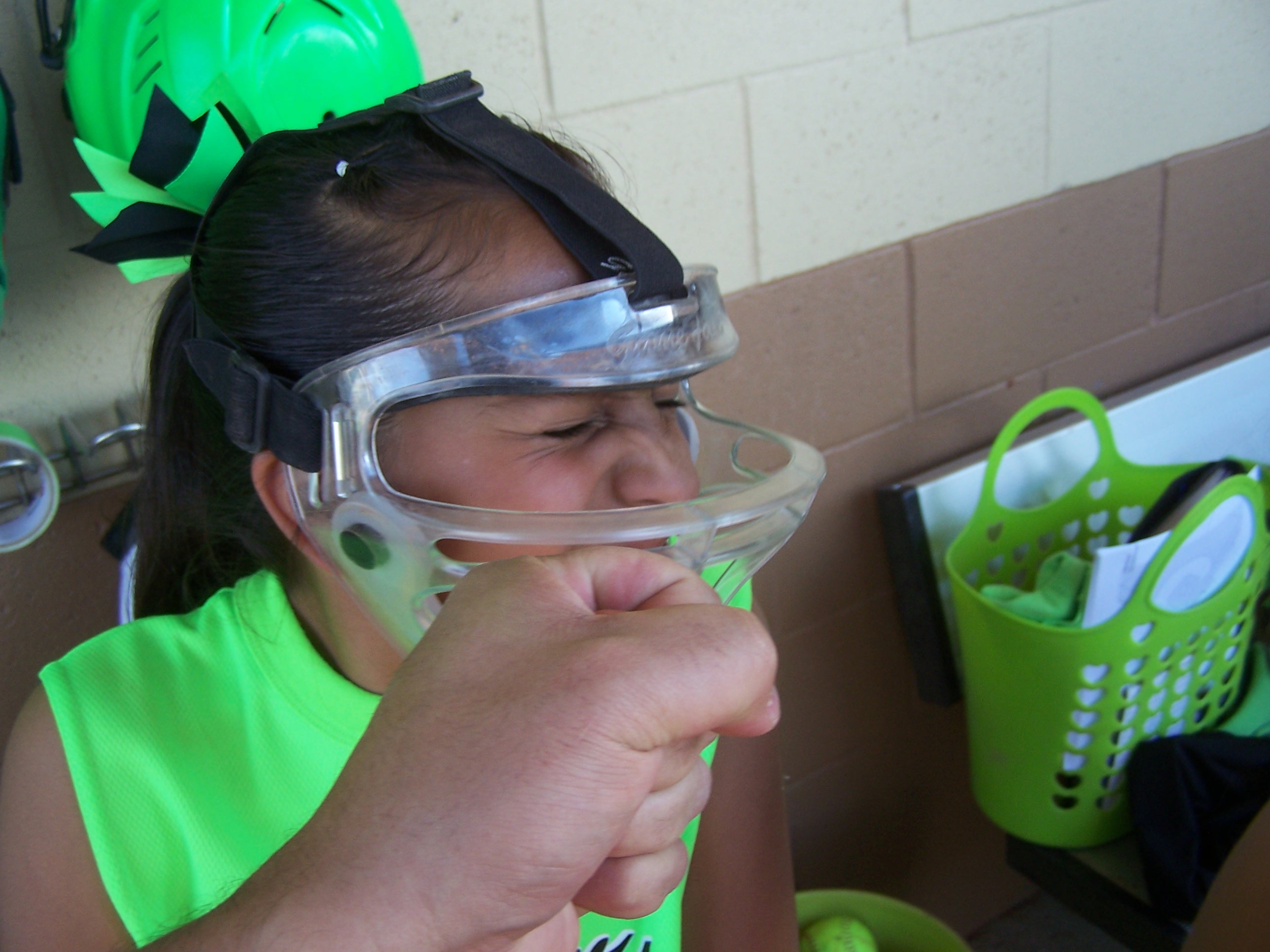 but no amount of persuasion seamed to help.  The Sluggers just weren’t coming together as a team and it showed right away.

The green girls “donated” points due to some rough pitching, 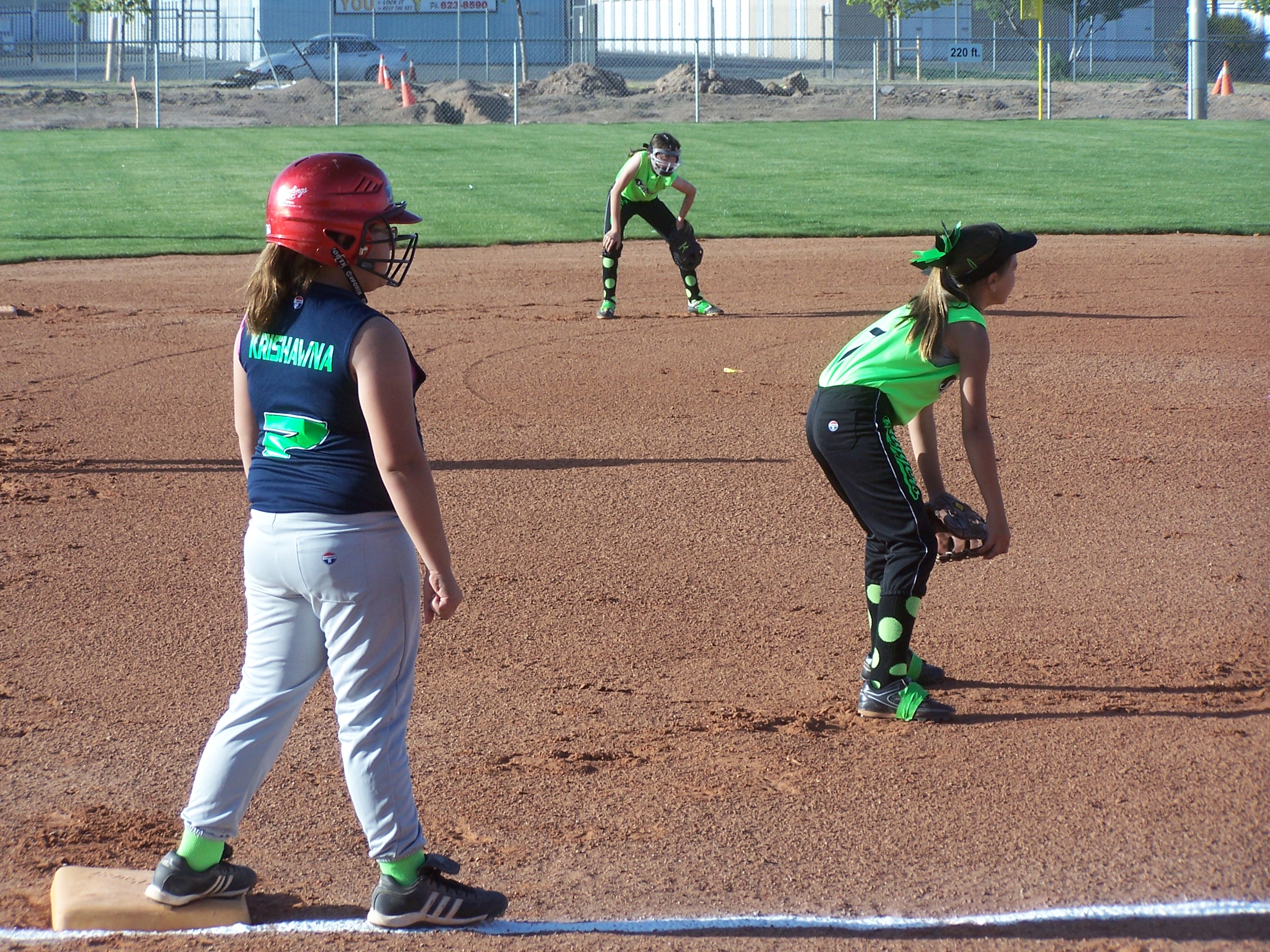 but that’s not to say X.D. wasn’t playing the game.  A few of those good pitches that made it to the plate were taken and the Sluggers lack of focus was exploited. 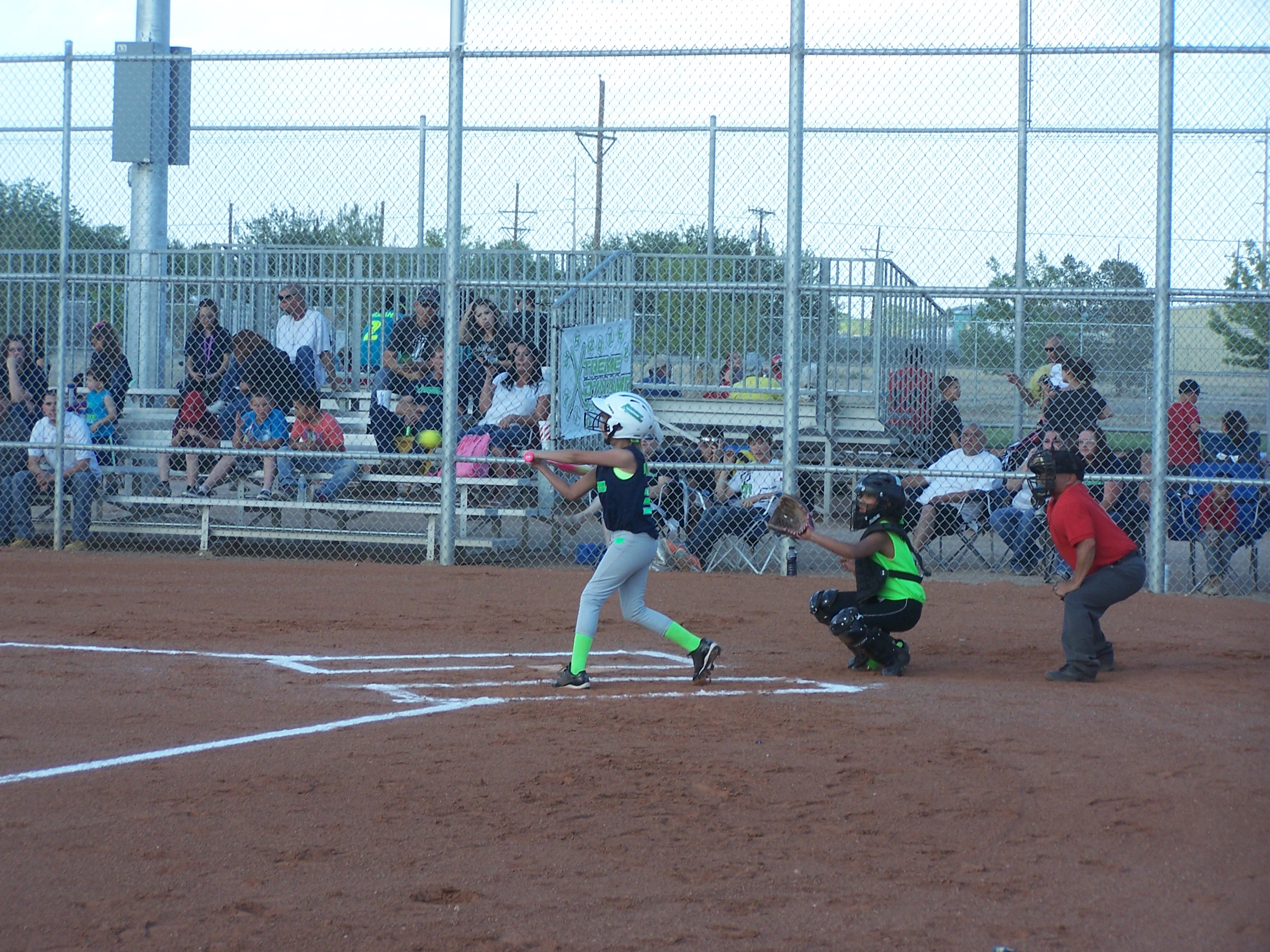 This game was getting harder to watch than an episode of Here Comes Honey Booboo. 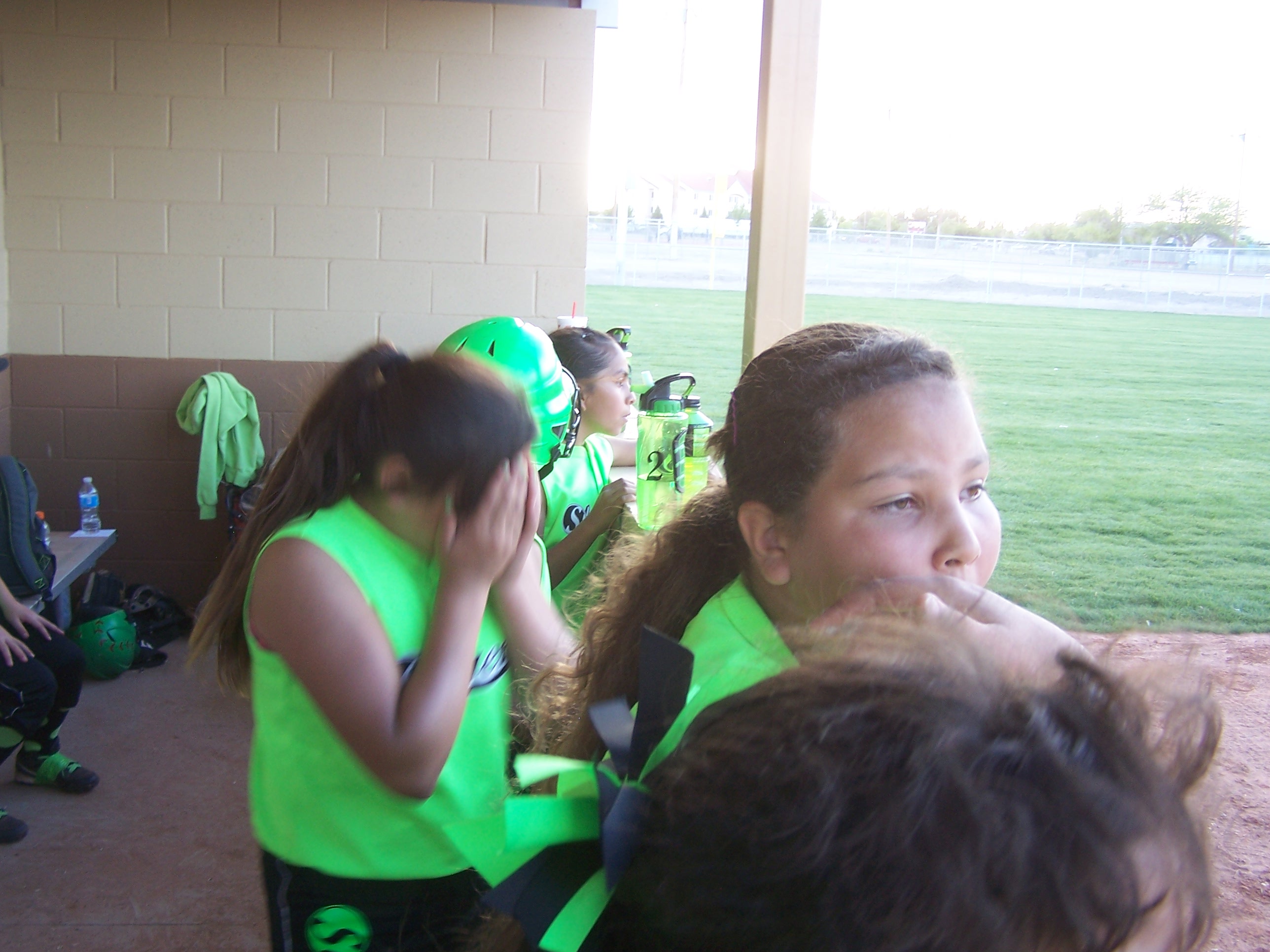 Fortunately, some of our Sluggers recognized the horrible tragedy unfolding before their eyes and decided to step in and fill a role reserved for the most elite of players.  A role more commonly known as “The Clutch”.

Even with uncommonly wild pitching, Mercedes was able to stop the majority of pitches and maintain control of home plate which limited the number of runs X.D. could make. 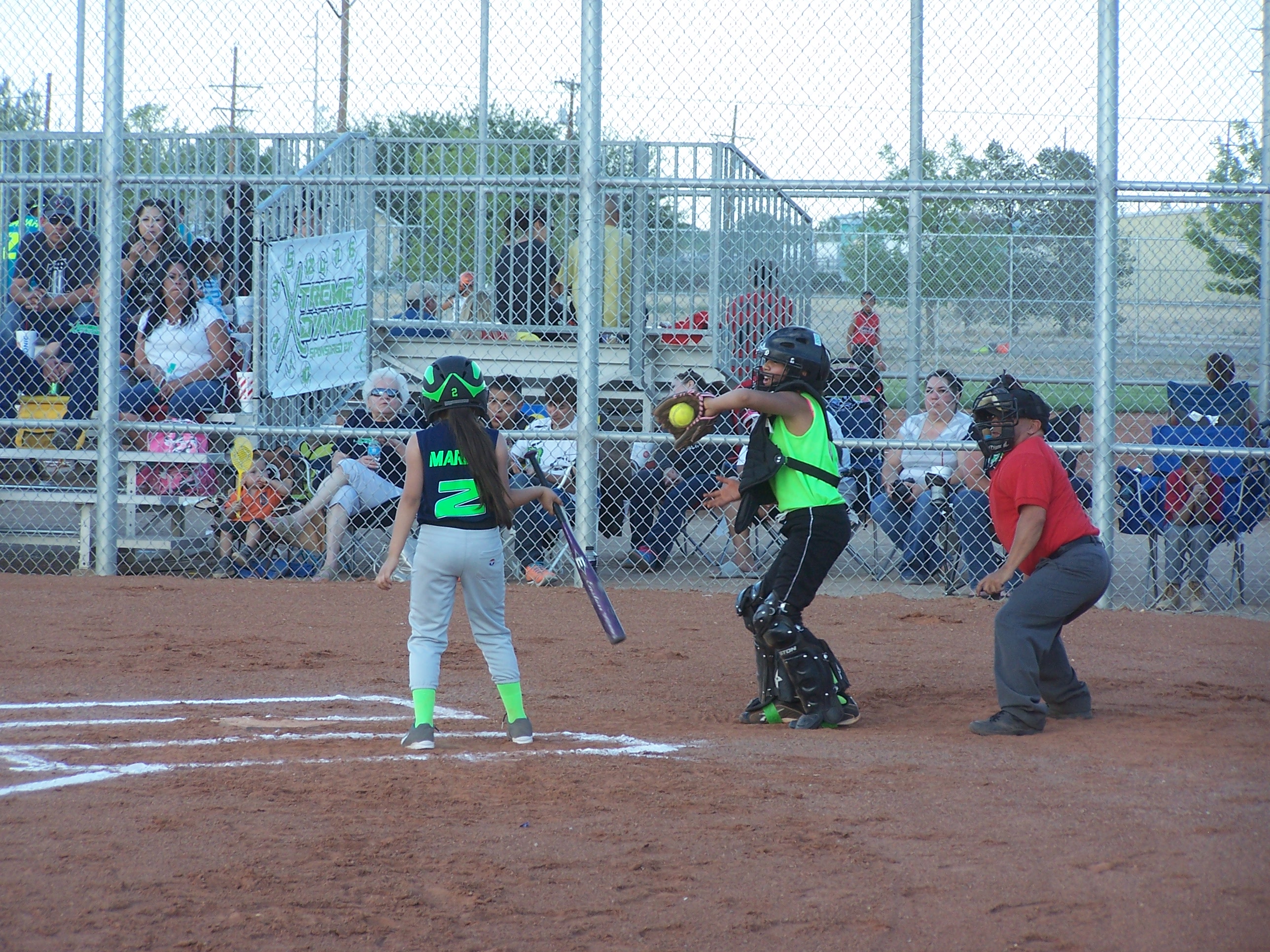 Then, seemingly out of nowhere, one of my Sluggers comes up to me and says: “I’m going to hit it today”.  You know what, Hope wasn’t kidding!  She stepped up and made it happen. 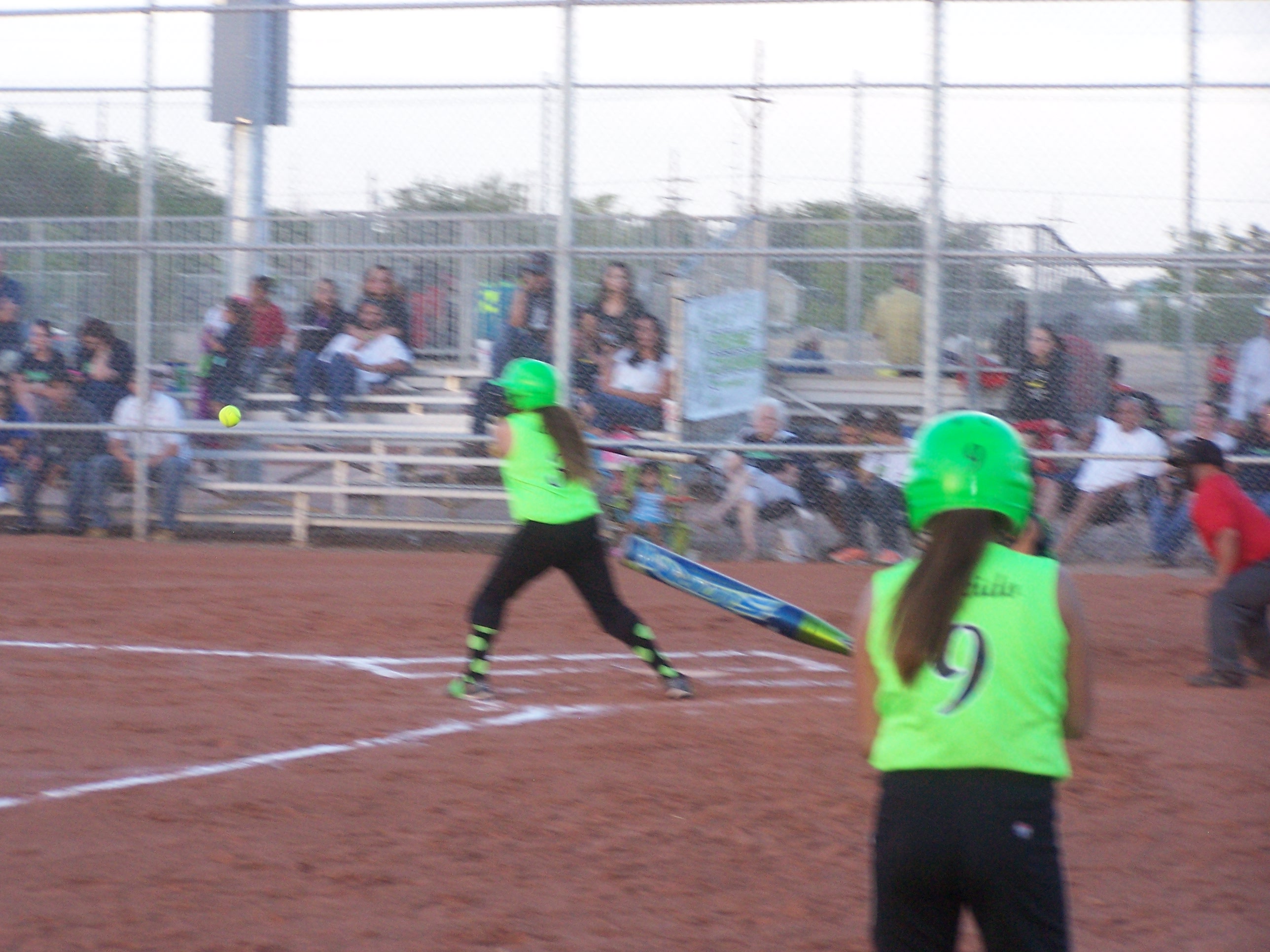 That fantastic “Hope Hit” was only one of the great Slugger shots.  We also had clutch hits by Jasmine and Julia and that really galvanized the team.  It wasn’t long after that I felt I needed to consider changing my name to Daniel Ocean because my little crew of thieves were stealing everything in sight. There’s that, and I do have a remarkable resemblance to George Clooney.

Somehow the Sluggers were able to pull a win out of the lucky lime green helmet and keep the winning streak alive. 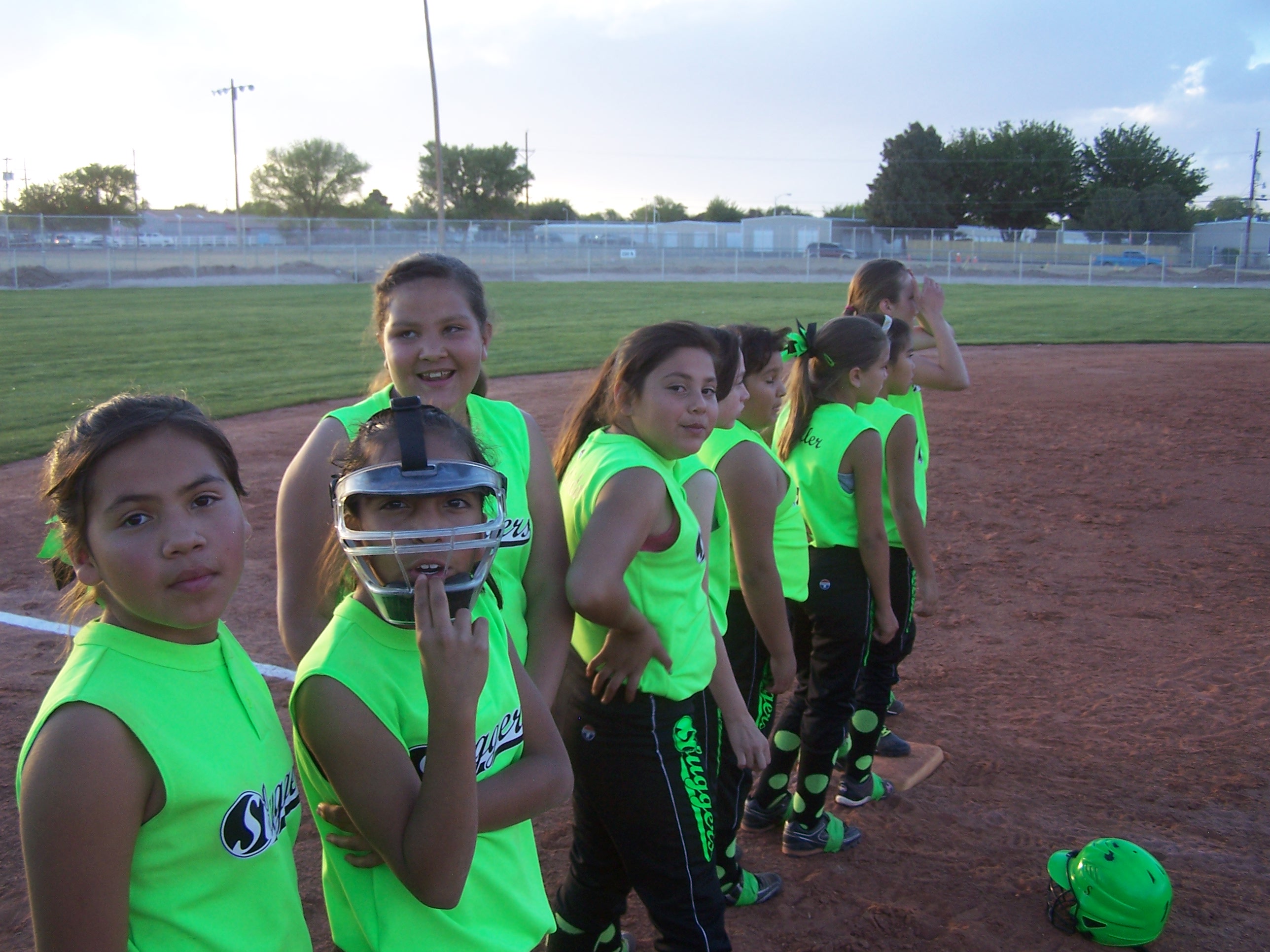 I hope the Slugger Luck holds up because Monday night we have a game against the Dexter Dazzlers and I don’t think my lime green shorts are going to be enough of a distraction to help.
Bring your green on Monday and give the girls some support – we may need it.

If you happen to like the Slugger photos there are more in our photo cloud.  Just click on any of the pictures you see and you’ll be taken to that game gallery.  You can also see photos of some of the other teams and games in many of our galleries. 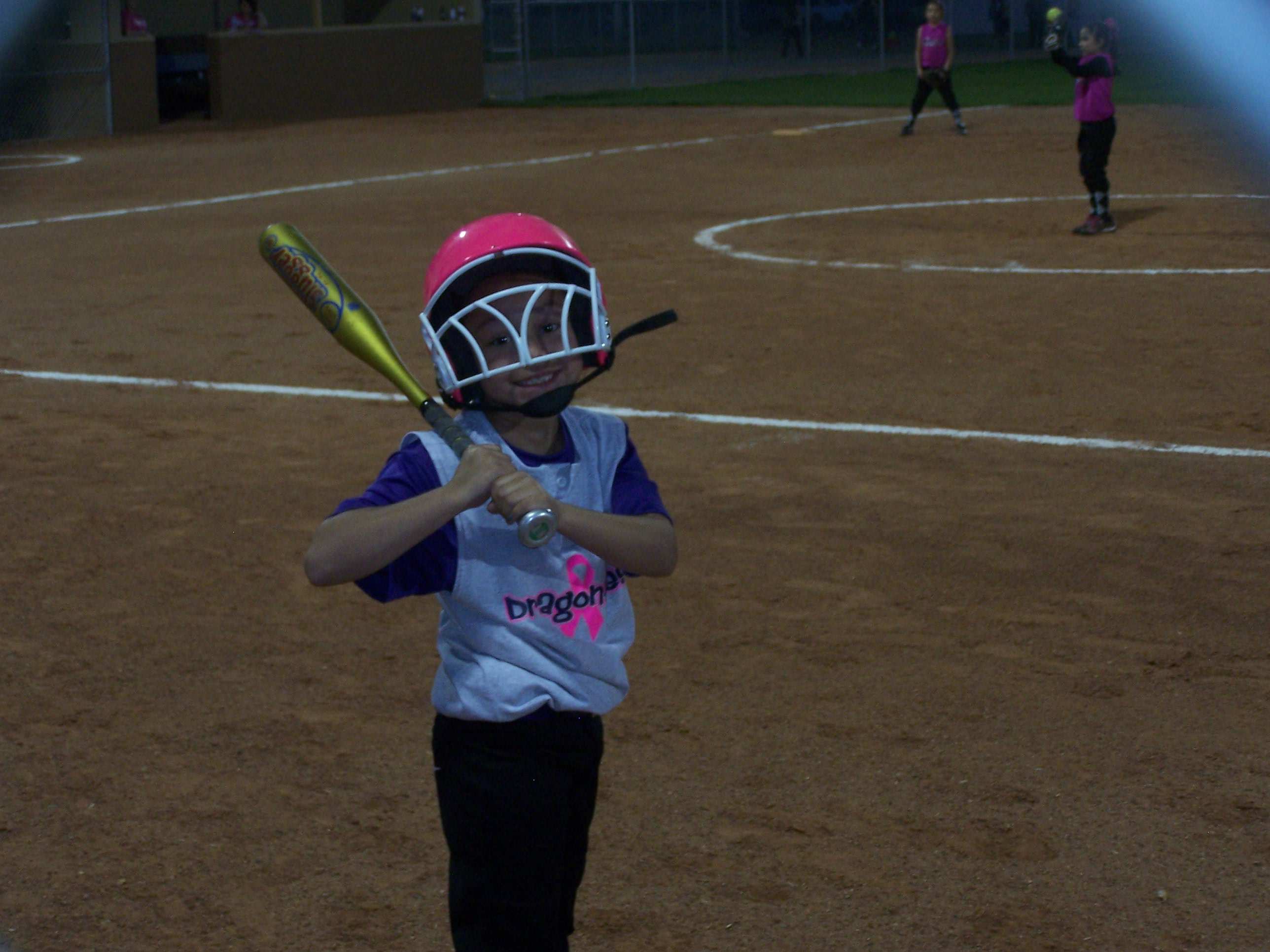 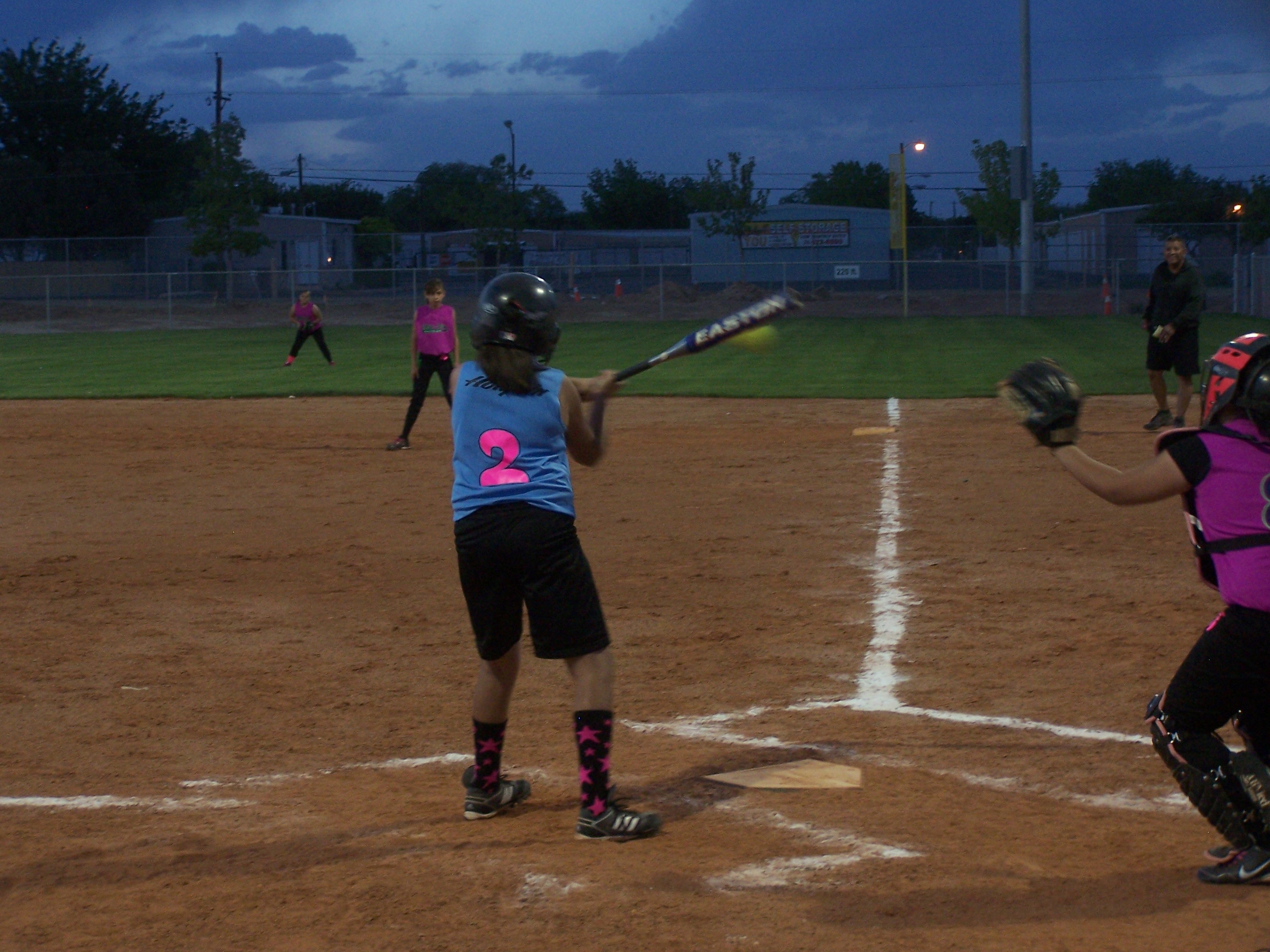 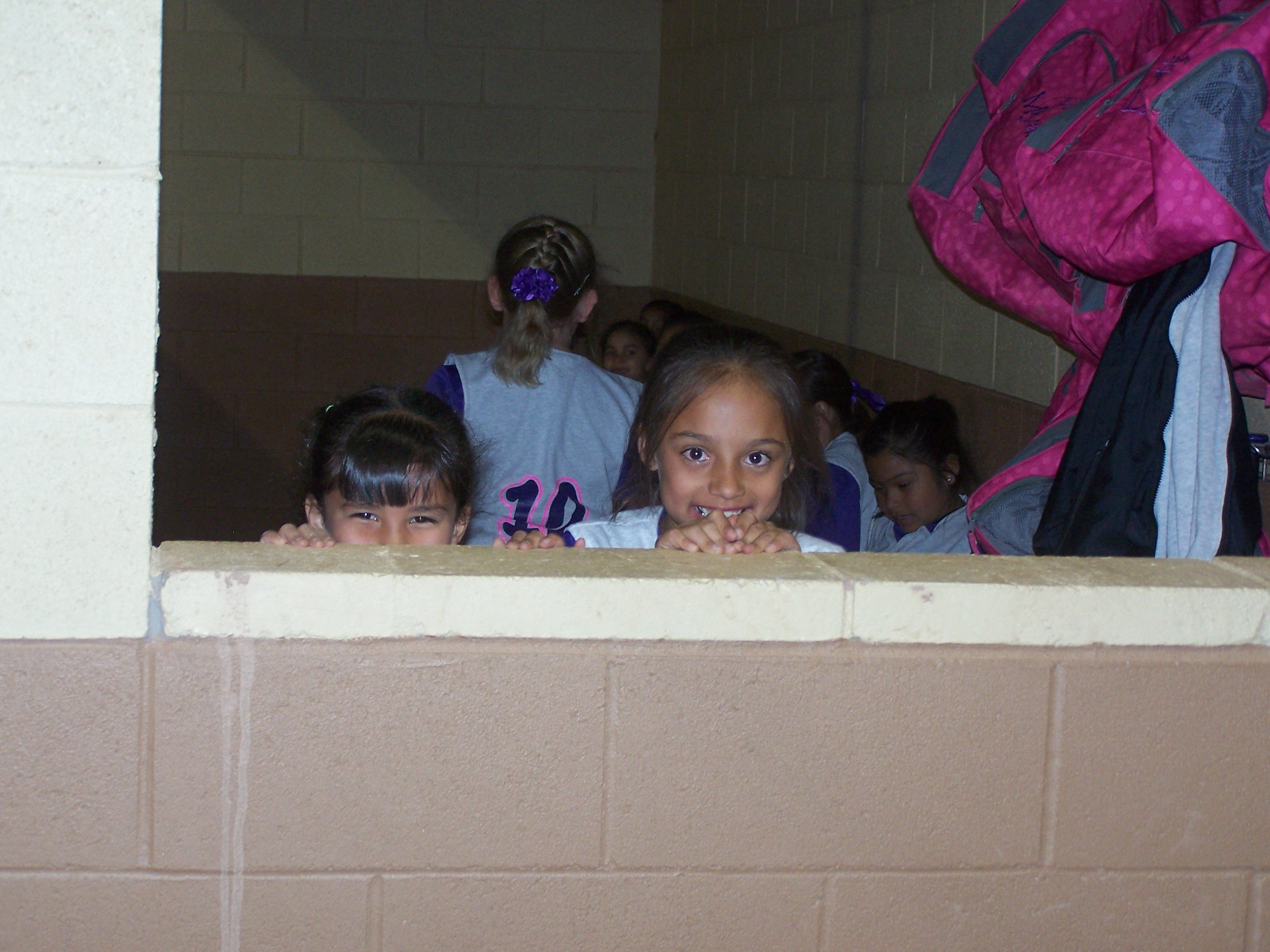